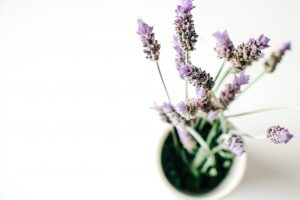 Aromatherapy is considered one of several complementary and alternative medicines.  Its foundation evolved out of a desire to be holistic in application and therapeutic benefits.  As a holistic therapy, aromatherapy clearly is able to affect the mind/body/spirit aspects of the individual.  However, to date, aromatherapy has lacked a framework for whole health, a framework that includes such elements as diet, exercise, and spiritual development. Ayurveda provides us with such a framework.

Ayurveda and Traditional Chinese medicine embody the two oldest practiced traditions of medicine on the planet. At the heart of both of these great healing traditions is a worldview that sees man and nature as inextricably linked. The integration of aromatherapy or essential oils into these traditional systems of medicine is a relatively new phenomena as none of these systems have been known historically to have used essential oils as a treatment modality.

The word ‘Ayurveda’ is derived from two Sanskrit words: the root “ayus” meaning “life”, and “veda”, meaning “knowledge”. Ayurveda is commonly translated as the “science of life” or the “knowledge of life”.  The knowledge of life moves our experience of Ayurveda beyond the perception that Ayurveda is a system of medicine and moves it into a way of living dynamically for the health of the body/mind/spirit and the health of the earth.

The ancient study of Ayurveda, derived from the religious scriptures of the Brahmin caste of Aryan people who conquered India, can be referred to as “the classical medicine of India” of “the traditional healing system of the Hindus”. The Aryans brought with them the Vedas, their ancient books of wisdom and sacrificial rituals that were written by rishis or seers.  The Vedas are considered to be among the oldest sacred text.  Ayurveda is the upaveda, or accessory Veda, to the Atharva-Veda whose subject matter differs from the other three Veda’s (the Rig-Veda, Yajur-Veda, and Sama-Veda), being basically a manual of magic.  Most of the Vedic healing verses occur in the Atharva-Veda with over one hundred of its hymns being devoted to conditions as varied as fever, leprosy, consumption, heart disease, wounds, headaches, parasites, eye, and ear diseases, poison, rheumatism, madness, and epilepsy.  After its incantational medicine evolved into empirical medicine, the most important of all Ayurvedic texts, the Charaka Samhita, appeared, possibly between the 8th and 10th centuries B.C. Ayurveda’s most famous surgical text, Sushruta Samhita, was also compiled around this time.

Ayurveda is a comprehensive and highly effective holistic approach to healing the physical body of illness.  Yet the vision of its creators, the physicians, and seers of old India, go far beyond the treatment of diseases.  It emphasizes the prevention of sickness, which implies wholesome conduct, balanced society and family life, a clean environment, and mental wellbeing.  Ayurveda is a way of life, encompassing philosophy, religion, and science, the enhances health, increase longevity, and promotes/enables self-realization.

COCONUT OIL | the truth Coconut oil has a questionable reputation as of late, which…

MEDITATION | because in stillness is where you heal

Because in stillness is where we heal. Although I didn't know this when I started…